The varsity guys brought a great race, they stay controlled and patient and moved up very well as the race unfolded. Austin Emrath and Tommy Adelmann led the team in 15th and 16th both guys were in the mid 30s at the 1200 meter mark but slowly and methodically moved up one person at a time to finish together right at 16:15. Dean Eubanks ran his best race in over a year moving up beautifully with confidence to move from in the mid 40s at 1200 to finish the race in 18th place. Dean’s second half was a big part of the team 2nd place finish. Dan Hale has continued impress with every race. Dan’s toughness is what sets him apart his first 3 XC races of his career: 17:54, 17:28, 16:31. Reminds me of another Wildcat who joined us as a junior, Javy Garcia. Ryan Bonomo battled through some IT issues to gut out a season best to round out our top 5. Sophomore Kyle Schick got the nod for varsity this week and just as he did last year at Benet stepped up in a big way running a 1:34 PR! Colin Graefen rounded out the varsity race running a season best just over 18 minutes. 2nd place to a tough DeKalb team, with a :27 1-5 split. If we can keep that split similar and keep moving up together only time will tell for this group and what they can accomplish.

The frosh/soph team won in convincing fashion scoring 17 points with the first four runners in the race being Wildcats. Aaron Wyckoff ran a lifetime best of :21 to take the win, PRs and first time under 17 for Mike Forbear 2nd, Paul DeAvila 3rd, and Cam Mulyk 4th. Alex Rojo rounded out the scoring with a big PR running 17:20 to finish 7th. Before the race we talked about running as a pack and our 6 through 10 runners took it to heart as they stay together the whole way. Tanner Torri broke away slightly the last half mile to finish 12th and break both 19 and 18 for the first time in the same race. Then Jayson Matula, Asher Bradley, Patrick Kacena, and Jack Obman all finished within 1 second of each other just over 18. All 10 runners in the race finished in the top 16! The sophomores ran a 1:05 split off Aaron’s race win. I am excited for this group to be in a big race with some other strong frosh/soph teams in Peoria in two weeks that will give a strong indication of who they can be.

The day ended with the open race. Luke Edmundson, despite battling a cold, race a really gutsy race to led the team and finish in 15th place running a :34 PR finishing just over 19 minutes. He was followed in by one of our very talented freshman group, Richie Ruane who ran a 1:35 PR. Two more PRs from underclassmen followed with Henry Matson (:33 PR) and Michael Kawa (1:25 PR). Newcomer Junior, Dylan Ensworth has had a very impressive progression as he learns to race 3 miles (23:58, 22:03, 20:08). Junior Connor Kou kou has been nursing a shin injury this week, but that didn’t stop him from running a lifetime PR. Freshman Josh Kodura ran a big time PR as his finished with an epic kick right behind Connor to run 20:36. Diego Herrera and Justin Irizarry ran side by side the whole way and it paid off as they both ran massive PRs. Both of these juniors have improved so much as runners and they will continue to do so with the attitudes they bring to practice every day. Hunter Porn and I discussed him trying to run right around 21 minutes before the race, his PR coming in was 23:10, and Hunter delivered running 21:14! Next in were two freshman who are going to be key contributors both on the course and off for the next four years, Luke Konow ran a 3:13 PR, and Aiden Fannin ran a 2:52 PR! Nathan Rodrigues for sure led the team in smiling during the race, and his massive PR certainly gave him something to smile about. Josh Irizarry was next in running a :54 PR! Nathan Weyer and the world’s greatest mullet were next in, Nathan was just off his time from last week’s City Championship. Rounding out the day for us in spectacular fashion was Aiden Mendoza who ran a 4:22 PR! Last year Aiden’s best time was 35:53, this year he has already run 27:21!

A truly great day of racing was followed by an epic shrimp boil hosted by our Wildcat Distance Family! The food was great and the company was better.

I can’t wait to see what the future brings for this group. We talked before the race about enjoying the experience to find out about yourself in racing. I was inspired by the smiles, the pack running, and the joy that the guys showed as they fought through 3 miles of racing. 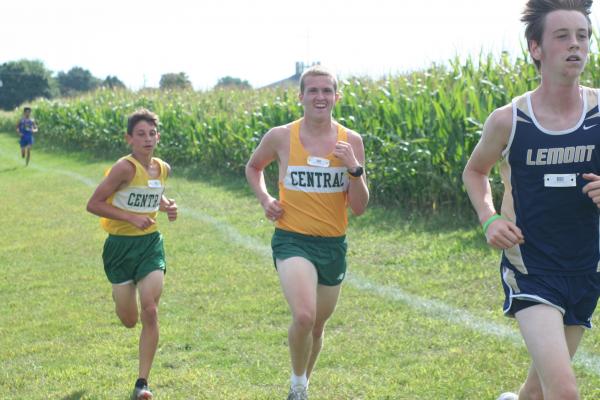 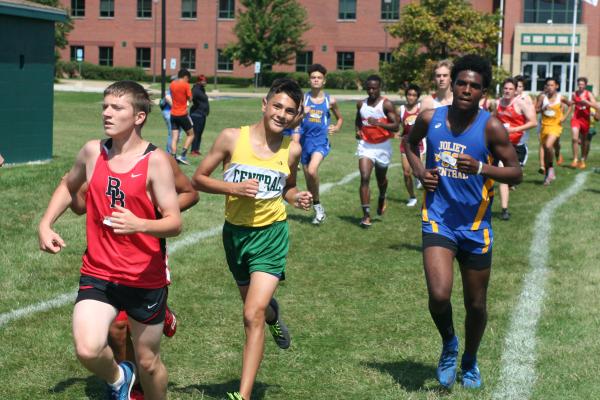